Back to all posts

me and some friends have been playing music on mondays , for a while.

this wednesday, we played in front of an audience, for the very first time together, as a "band".

it was the season finale of open mic in bengtsfors, sweden.

this time it was held at a close by school café (strömkullecaféet), which is bigger and, in some ways, better than where it's usually happening, at sensus.

since we're 9 guys, we got there early, so we had enough time to set everything up.

and since we were already set up, we got to start the evening by playing 5 songs.

these are the songs we played:

everything went great and all of us had a great time.

mikael blom was the soundguy of this evening and, as usual, he did a great job and made everything sound right.

after we'd played our songs we packed up our gear and started listening to the other performers.

when it got close to the end of the evening, we found out that dick johansson, who's running all open mics, wanted us to end the evening with one more song.

we decided to play a song that everyone knew well.

this song didn't go as well though, since our gear was out of place and we didn't have enough time to set things up.

i had a really hard time hearing the drums, so once during the song, i noticed that i was totally out of sync and had to make some "on-the-fly" adjustments, to get it right again.

we had a lot of fun and that's what matters the most.

thanx to everyone who showed up!

thanx to sensus for having these events!

thanx to mikael blom for the great sound!

"the band" from left to right in this photo, shot by stig nilsson: 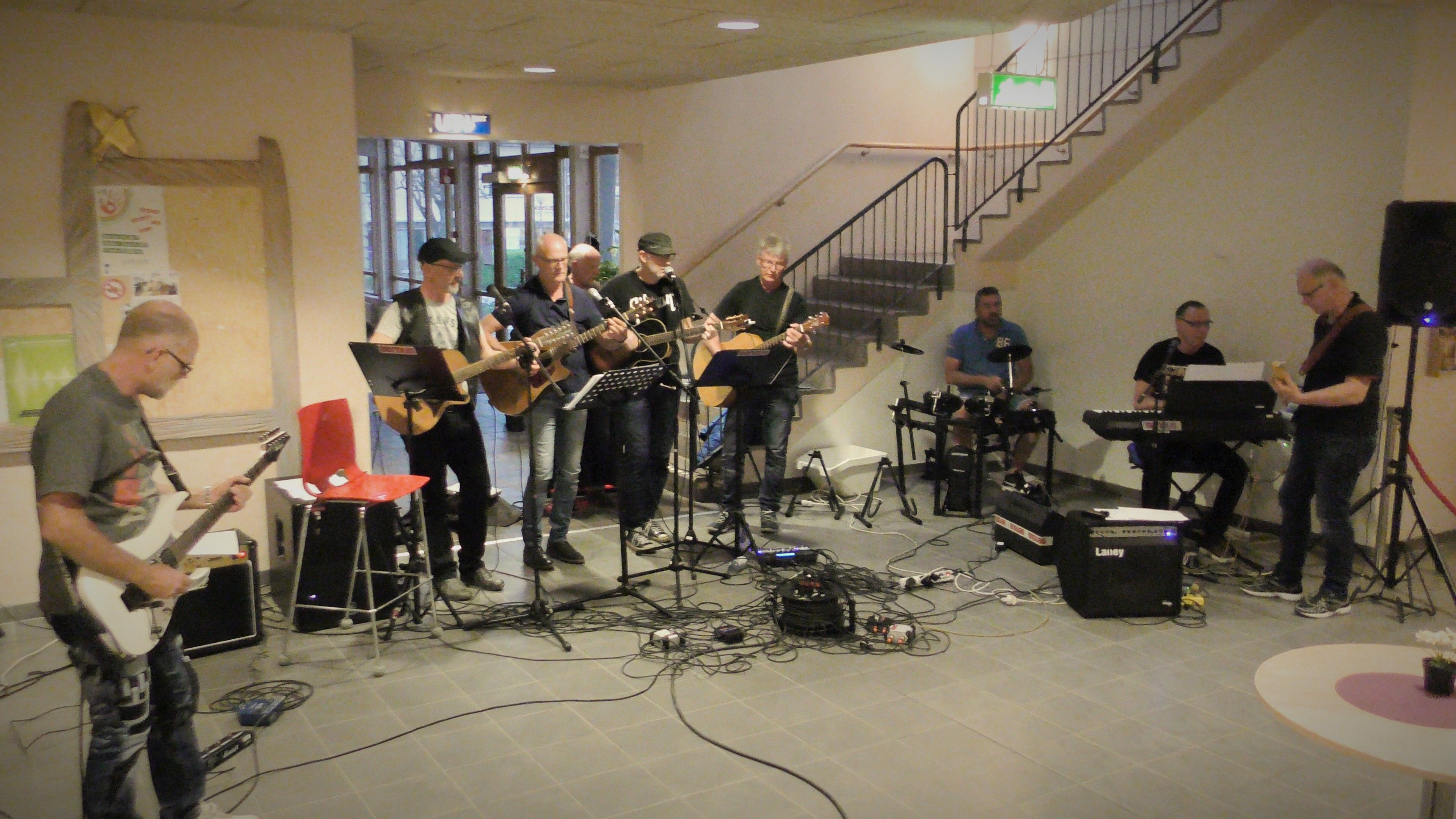